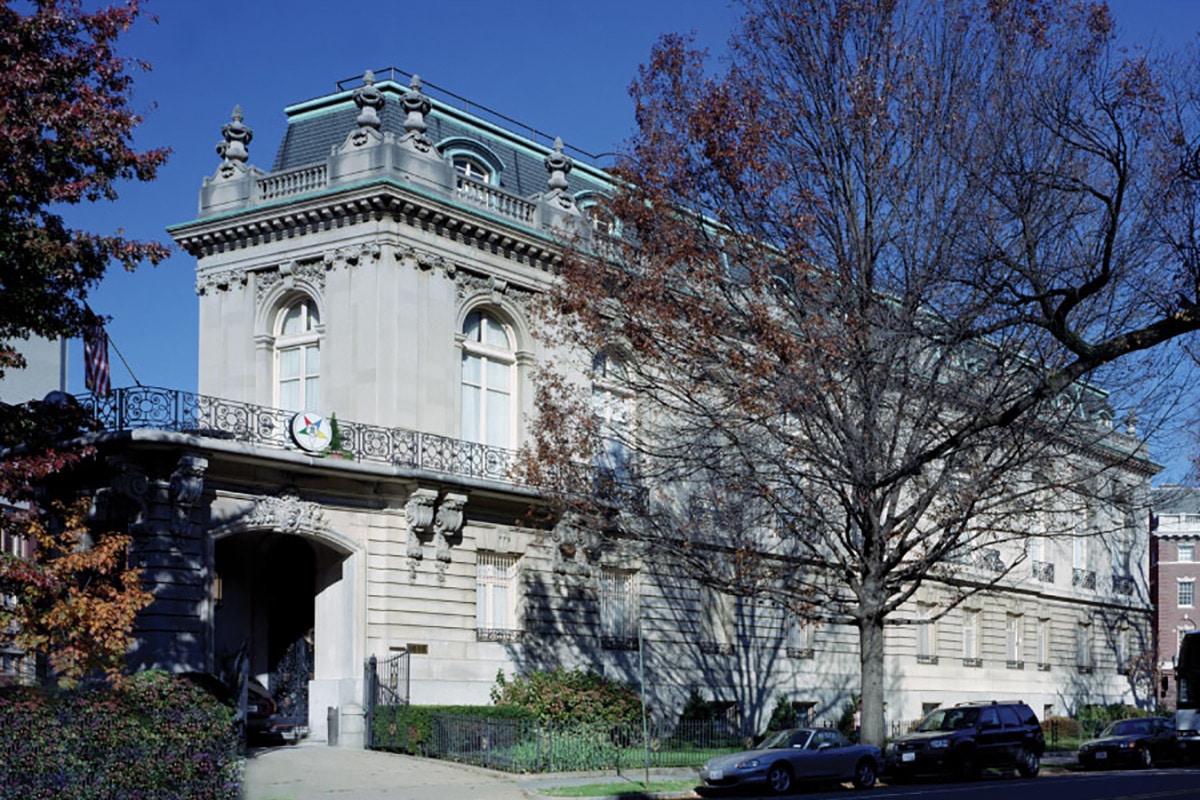 May 16, 2014- As Wagner Roofing celebrated its 100th anniversary at the infamous Belmont Mansion, company’s owner, Chuck Wagner, showed off restorations they had just performed at the historic New Hampshire Avenue building. Wagner helped restore the portico roof and repaired leaks that had damaged the 105-year-old building.

The mansion was built during the Teddy Roosevelt Administration in 1909 for then-congressman and diplomat Perry Belmont, who was known to host lavish parties for Washington’s elite on site. It currently serves as the HQ for the General Grand Chapter of the Order of the Eastern Star.