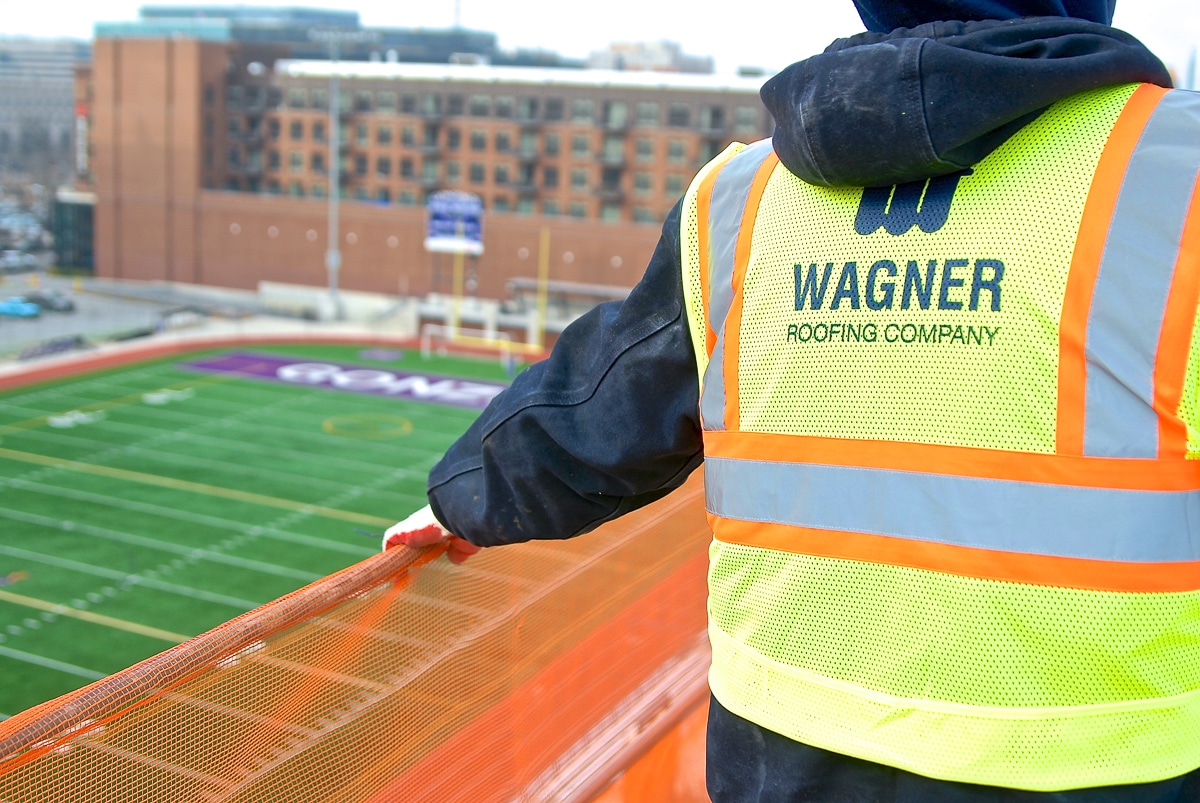 Established in 1914 by Otto Wagner, Wagner Roofing Company now employs more than 75 dedicated team members aimed at providing some of the nation’s most recognized craftsmanship. In 2015, Dean Jagusch purchased the company from 3rd Generation family member, Chuck Wagner, with the goal to continue to build the Wagner legacy and heritage that the company and its craftsmen are known for.

Wagner continues to receive awards, recognition, and top honors from the National Roofing Contractors Association, local historical societies, roofing manufacturers, national publications, and others for its work throughout Washington, D.C. and the surrounding Mid Atlantic area.

We hold our company and our craftsmen to the highest standard. Thus, we partner with industry leaders, both nationally and locally, on topics that benefit our customers and strengthen our trades. Here’s just a small list of our partners that we work with to make a difference.

1890 – Otto G. Wagner arrives in Baltimore with his mother and stepbrother from Berman, Germany

1936 – Ottos son, Jack Sr., graduates from McKinley Tech. He has a track scholarship to American University but foregoes college to take over the family business.

October 15, 1954 – Hurricane Hazel hits the area, producing hurricane-force winds, which cause nearly $11 million in reported damages. Jack, Sr. is so busy he buys 3 new trucks. This was before insurance companies had deductibles; they simply told him “do the work.” He calls local glass companies and buys all the skylight glass he could and hires every off-duty fireman available to replace shingles.

1959 – J.S. Wagner Company is incorporated in the District of Columbia

1960 – Jack, Sr. has his first heart attack, but in an ironic turn of events, Jack, Jr. leaves college to come run the family business.

1968 – Jack Jr. moves the company once again, this time over the district line into Maryland. With the new space, the business is able to build out a custom sheet metal shop at their 4909 46th Avenue, Hyattsville, MD.

2001 – The National Roofing Contractors Associations donate the restoration of the Pentagon Roof. Wagner participates with donations of materials.

2005 – Work is completed on the largest job in Wagner’s history to date, at the Robert F. Kennedy Department of Justice Building and receives the National Roofing Contractors Association Gold Circle Award for Outstanding Craftsmanship in Steep Slope Roofing.

2011 – Earthquake hits Washington DC and rocks the National Cathedral and various buildings in the city.

2013 – Mahan Hall at the Naval Academy wins 3 of the industry’s top awards at the yearly National Roofing Contractors Association Convention.

2020 – The company moves to a considerably larger permanent production facility and office space within the same industrial stretch of Hyattsville, MD.