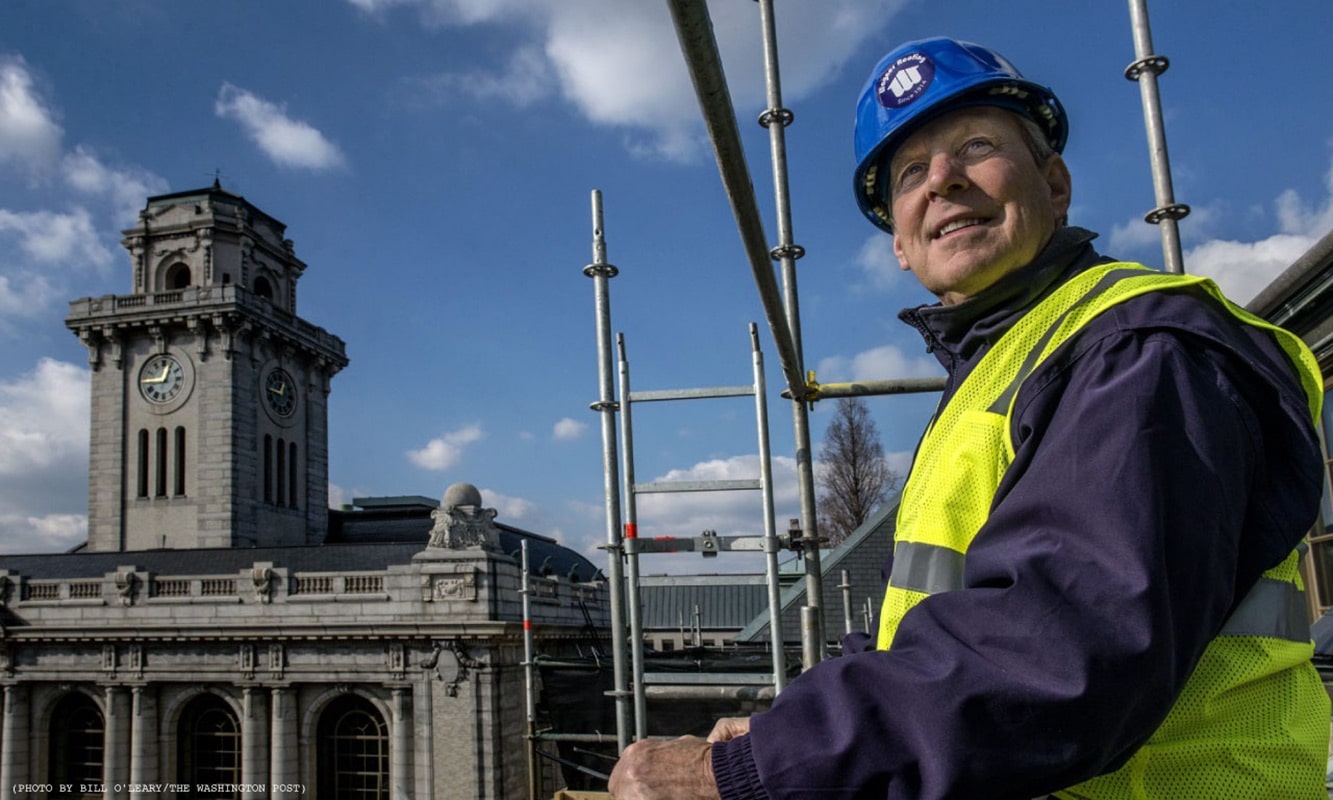 (Article by Thomas Heath originally published on April 5, 2015 in The Washington Post)

Many entrepreneurs make it a point to keep their business and personal lives separate.

And then there’s Sheila and Chuck Wagner.

Sheila is a no-nonsense administrator who is Mrs. Inside to Chuck’s Mr. Outside at Wagner Roofing, a 100-year-old company specializing in historical preservation. Their division of labor is an example of what happens when a family business gets it right. They built the company into a $12 million-a-year enterprise with profit margins easily exceeding 10 percent.

“We complement each other,” said Sheila, sitting at her desk in their Hyattsville headquarters. “I am behind the scenes helping keep all the parts moving so he can do what he does best, which is seeking out jobs. As someone said, there is nothing without a sale.”

Chuck has literally climbed all over the nation’s past, from Washington National Cathedral to the Old Post Office and Clock Tower, from Mahan Hall at the United States Naval Academy to Thomas Jefferson’s University of Virginia.

The 71-year-old architecture buff knows the back story to many landmarks. He will tell you a compact car could fit in the gutters on the cathedral. He says it’s a shame you can’t see the stamped copper crests atop the Daughters of the American Revolution Constitution Hall (1929) from the street.