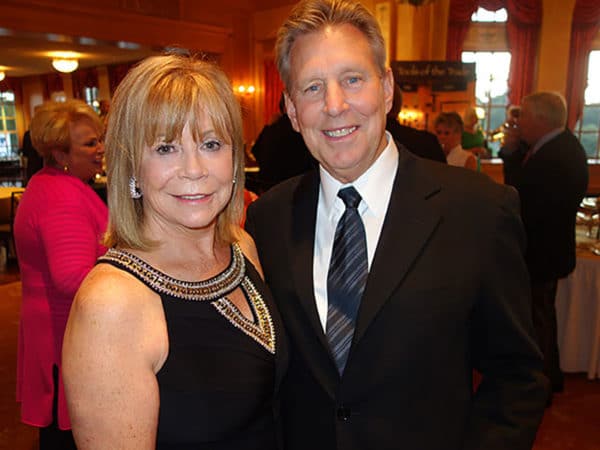 …The other honoree this weekend was Wagner Roofing. Who? Take a look at the firm’s list of clients, easily a match for the Four Seasons roster: the White House, the US Naval Academy, the Maryland State House in Annapolis, DC’s Old Post Office Building, Lincoln’s Cottage, the Mormon Temple, the Smithsonian Castles, and the Washington National Cathedral. We could go on, but do we really need to?

Chuck and Sheila Wagner hosted a party on Saturday night at Congressional Country Club to mark 100 years since Wagner’s grandfather, Otto, founded the company in Northeast DC. (It is now based in Hyattsville, Maryland.)

It’s not often that a Saturday-night country club party also features a display of tools. But this one did, including mallets, hammers, stakes, cleats, and soldering irons. Oh, and cocktails and sushi, too.