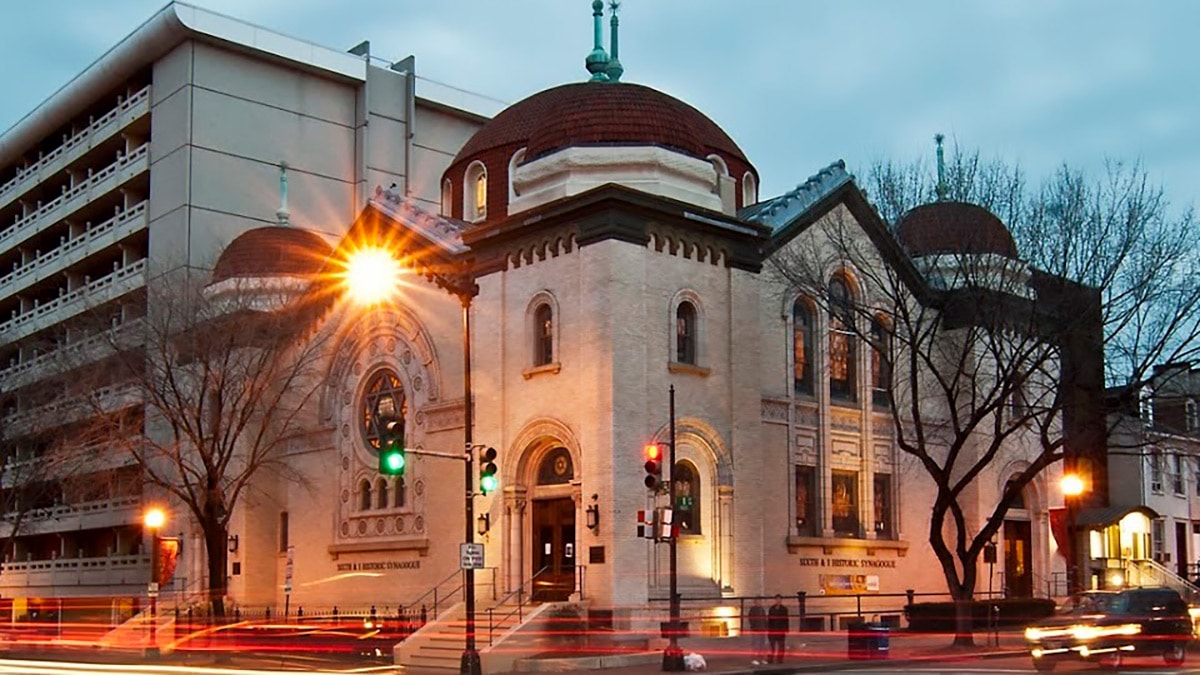 Washington, D.C., has been the U.S.’ capital and government hub since 1790, and you would be hard-pressed to find a U.S. city with a richer culture and history. A piece of that history, one of Washington’s oldest synagogues, is located in the city’s Chinatown neighborhood at the northwest corner of Sixth and I streets—Sixth and I Historic Synagogue.

The synagogue was constructed for Adas Israel congregation during 1906-08 and was the first building in Washington with a reinforced concrete foundation. In 1951, the congregation moved and sold the building to Turner Memorial African Methodist Episcopal Church, which renovated the building’s exterior and interior. The building was again put up for sale in 2002 when the Episcopal congregation announced plans to relocate.

Jewish Historical Society Executive Director Laura Cohen Apelbaum launched an effort to reacquire the building for the Jewish community to use. After the property was nearly sold to a buyer who planned to turn the building into a nightclub, three local real estate developers purchased the building, pledging to turn it into a Jewish community facility. During the next several years, the building’s interior and exterior were restored to their original 1908 appearance.

Sixth and I Historic Synagogue has since been rededicated for use by the Jewish community. Former President George W. Bush visited the synagogue Sept. 14, 2005; the synagogue was recognized as one of the 50 most innovative Jewish organizations in the U.S. in 2007; and in 2009, Newsweek named Sixth and I Historic Synagogue one of the 25 most vibrant…